Will Build Back Better Bring Unwelcome Changes to IRAs? 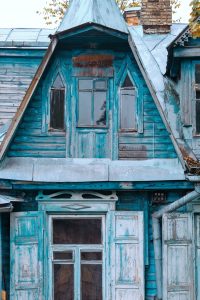 IRAs were created in 1974 under the ERISA legislation. This established minimum standards for company pension plans. The legislation was a way for individuals not covered by those company plans to access tax-advantaged retirement savings. The rules have changed over the decades, usually for the better–Roth IRAs.

The proposed Build Back Better Act has ambitious goals for infrastructure and bolstering the social safety net. Retirement accounts are one of the areas being targeted to pay for these ambitions. The final details may greatly differ from the original proposal, but let’s take a closer look at what’s suggested.

The Introduction of an Asset Level Based Limit for Contributions

One of the legislation’s goals is to reset these tax-advantaged accounts so that they primarily benefit middle-to-high-income retirement savers. The proposal is to prohibit contributions to IRA accounts if the aggregate value of all defined contribution retirement plans is above $10 million. The income limit here is the same as other provisions included in the Act: Taxable income exceeding $450,000 in the case of a married couple filing jointly or $400,000 in the case of single or married taxpayers filing separately.

The legislation proposes that all accounts be added together for the $10 million threshold figure. For example, if you have a 401(k) with your employer, and you inherited an IRA from your parents, and the total value of both those accounts combined is over $10 million, you cannot contribute to an additional IRA account in that year.

SEP or SIMPLE IRA accounts are not included in this – you are still able to make contributions to those accounts.

There are also some changes to required minimum distributions (RMDs) for high-value accounts. The new RMD would be 50% of the portion of the account over $10 million and $100% of any amount exceeding $20 million. If passed, this is effective for tax years beginning after Dec. 31, 2021.

Let me be clear. The first two items do NOT affect many people. It only affects an elite set of rich people. But it could impact more people in the future both as asset prices grow ($1 million ain’t what it used to be), or if the limits are moved lower in the future (what if it was moved down to $5,000,000?). The precedent, however, is concerning.

The Act would prohibit IRAs from investing in a security whose issuer requires a specified minimum of income or assets or requires specific levels of education, licensing, or credentialing. The stated purpose is to prevent IRA investments in assets that are not broadly available to the general public. However, this would have two potential impacts.

Many investors seeking yield in this low-rate environment or who want access to non-correlated investments have turned to alternatives, which have become mainstream. They are, however, often still limited to accredited investors. The accredited investor standard is $200,000 in income or $1 million in assets – which many people close to or in retirement meet easily.

The second potential problem is that the provision could be interpreted to apply to lower-fee share classes that are predicated on higher investment amounts. This would eliminate a way to lower fees in an investment plan. I think this is ultimately unlikely to be in the final bill.

A Source of Real Estate Funding Could Be Eliminated

Currently, IRAs are not permitted to be invested in any asset where the IRA owner holds 50% or more of the entity or is an officer or director. The bill would change this to a 10% limit. This would impose significant limits on the funding of small businesses, private placements, and LLC structures that make real estate investing more efficient.

Planning for tax efficiency, whether you’re retired or still working, is complex in any year. With so many changes being proposed and the pandemic’s effects still being worked through, this year can potentially impact your financial plan for years to come. Taking a close look at your financial plan while there is still time to make changes can pay off.